To share your memory on the wall of Joseph McVeigh, sign in using one of the following options:

Receive notifications about information and event scheduling for Joseph

Show you care by sending Flowers

We encourage you to share your most beloved memories of Joseph here, so that the family and other loved ones can always see it. You can upload cherished photographs, or share your favorite stories, and can even comment on those shared by others.

Posted Jul 29, 2019 at 02:14pm
I had the privilege to care for Joseph in the Wound Healing Center in Chandler AZ. I also got to know his wife Sandy and several of his kids. He was an absolute pleasure to get to know and always had a positive spirit. Very inspirational to get to know this tremendous family. God Bless to All of the McVeigh Family. Perhaps Joseph can convince God to provide the Mets a bit of help. Peace and Love to all.

Posted Jul 17, 2019 at 04:05pm
Joes Franciscan spirit remained with him as he was called to be a Probation Officer. His greatest love was his family and my son Bryan proudly served with his son in law enforcement. Bob Watson
Comment Share
Share via:
SM

Posted Jul 16, 2019 at 08:51am
Joe was one of the people who helped train me when I started as a Probation Officer. He was unfailingly patient, kind and a terrific teacher. I learned a great deal from him which stood me in good stead throughout my career. My deepest condolences to all the family. May your happy memories bring you comfort. From Sharon Moseson
Comment Share
Share via:
TA 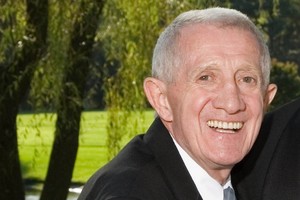